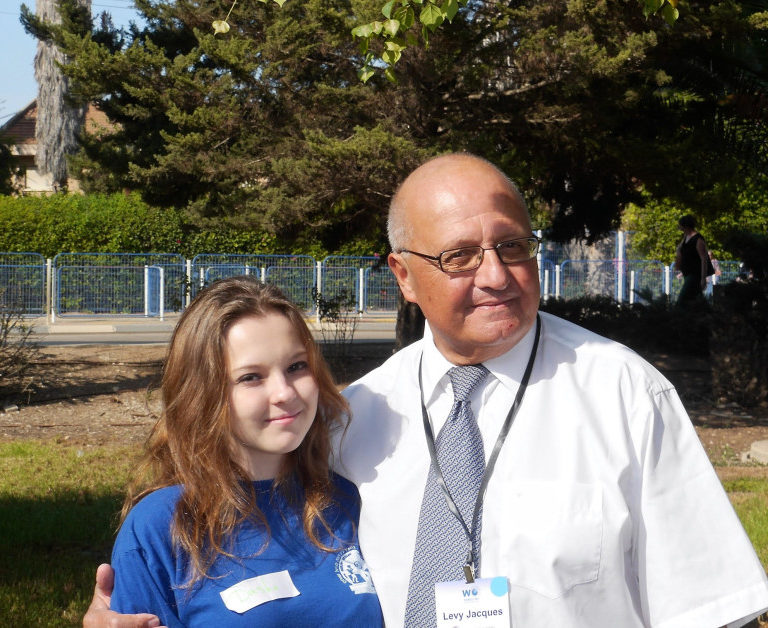 ‘If I hadn’t made it to World ORT’s Kfar Silver Youth Village, I would not have succeeded.’ 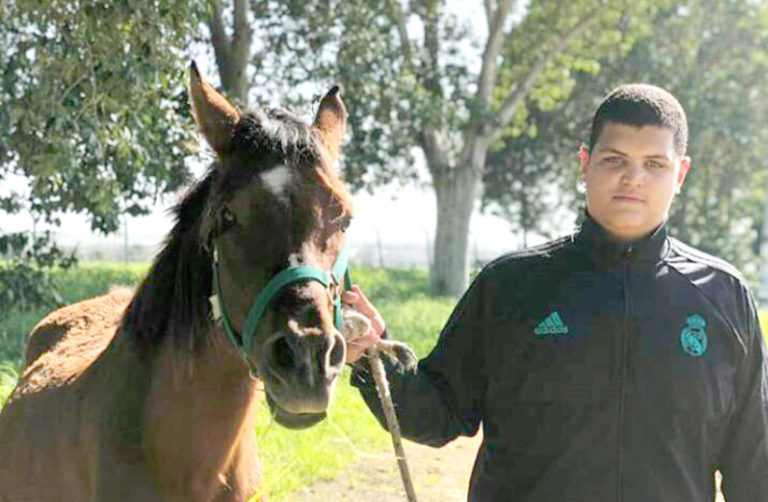 What do a retired Swiss building engineer, an up-and-coming 18-year old photographer from London and a Bedouin mehina (pre-army) student from Rahat have in common ? They all credit their achievements to the support, education and assistance of World ORT in helping them realize their potential.

In September 1959, Jacques Levy, a native of Casablanca, who had previously earned a technical degree from the World ORT school in Ain Sebaa, one of Casablanca’s eastern suburbs, arrived at the World ORT Central Institute in Anières, a small town located near Geneva, Switzerland. Thirty-two students from Tunisia, Morocco, Algeria, Israel, Iran, Greece and France arrived that fall for the four-year program. Levy thoroughly enjoyed the World ORT experience in Geneva, from the excellent kosher kitchen, to the school’s extensive library and high level of instruction. In 1963, Levy received his engineering diploma, and embarked upon a highly successful career as a building management engineer, working for Siemens, a large multinational corporation. In addition to his engineering skills, Levy became a skilled public speaker, and wrote books on both public speaking as well as technical building management. 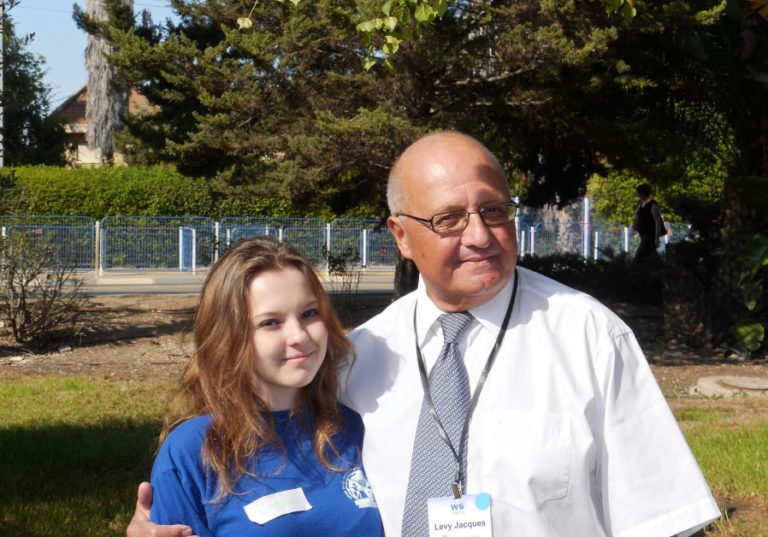 “World ORT opened my eyes to the world,” says Levy, now 77, who today serves as the president of the Anières Alumni Association of World ORT, and lives in Zurich, near his children and grandchildren. “We had the opportunity to listen and discover at Anières,” he says. “The fact that I received an education allowed me to become independent. I was able to work in a profession that satisfied me. World ORT also gave me the spirit of belonging to Jewish society and the world at large.”

Levy’s association with the global education organization has continued throughout his life, and today he is a member of the steering committee of World ORT’s Anières Elite Academy, which is located in Nahalal, Israel, and which trains the next generation of Israel’s engineers and technical experts. He also serves as the representative of World ORT at the Council of Europe, and has written extensively about the history of the organization in North Africa and Geneva.

“I appreciate the path that has taken me from my childhood years in Casablanca,” says Levy, “to my magical meeting with World ORT and the values of its education, which have made me everything that I am today.”

NICOLE NISSAN, 18, is a student at the Jewish Free School in London, Europe’s largest Jewish secondary school. A promising photographer, Nissan attended World ORT’s Digital Skills Academy this past summer, held in Sofia, Bulgaria.
“The Academy had a huge impact on my life,” she says.

Some 30 students from around the world – including Europe, South Africa and Israel – participated in the in-depth course, and learned about lighting techniques, night photography, and how to utilize their camera’s manual settings to take the highest-quality photos possible. Nissan says that the teachers and the facilities were top-notch and helped her to improve her skills.
“The days were jam-packed and I enjoyed every part of it.” Most importantly, she says, “The course made me more confident in my work. After taking the course, I am more outgoing.”

The friendships that were forged from the course have made a real difference in her life.
“I found it really amazing how everyone was connected from different countries. And I have so many connections now.”
Nissan, who wants to pursue her photographic skills, says that the skills that she learned at the course – both technical and social – will come in handy in her future.

KARAM ABO MOSA, 18, born in the Bedouin town of Rahat, a half-hour drive from Beersheba, is today a student in “Derech Eretz,” a military preparatory program located in the Negev.

“If I hadn’t made it to World ORT’s Kfar Silver Youth Village,” he says, “I would not have succeeded.”

Abo Mosa explains why would have never earned his bagrut (certificate of matriculation) in the local Rahat schools.
“In my school in Rahat, I got no support. At Kfar Silver, they fought for me and helped me all the way.” At Kfar Silver, he studied mathematics, English, Tanach (Bible). Laughing, he says, “Even though it’s not my religion, I studied it, thank God. I actually found Bible studies to be quite interesting.”

He majored in communications and society.

Abo Mosa attended classes and lived at the youth village campus, located near the coastal town of Ashkelon. The school serves both gifted students and students with learning difficulties, and works hard to ensure that all students succeed in achieving their full potential.

“When I came it was difficult,” he recalls. “I couldn’t speak Hebrew at all. But I learned, and now I can speak Hebrew like everyone else.”

Today, he is an example of how an individual can change and improve.

“Kfar Silver was the beginning of the change in my life. I never had anyone helping me in my schoolwork until I came here, and they assigned a 12th grade student to help me when I was in eighth grade.”

What would he be doing had he not made the switch?

“I would not have earned a matriculation certificate. Maybe I would have become a truck driver,” he muses. Before he arrived at Kefar Silver, he had negative feelings about Israel.

Abo Mosa is proud of his accomplishments and has ambitions for the future. He is the first Bedouin to attend the Derech Eretz Mehina, and is looking forward to entering the IDF in March 2020. He hopes to become a member of Magav (the Israel Border Police) or to serve in the police as part of his army service.

“I am not finished, and I am just at the beginning of my journey,” he says. “It’s not enough that I changed myself. I want to change others, those who are like I used to be, and expose them to the truth.”

Coming from disparate backgrounds, Jacques Levy, Nicole Nissan and Karam Abo Mosa make an unlikely trio. However, the help that they received from World ORT in unlocking their potential makes them truly three of a kind. 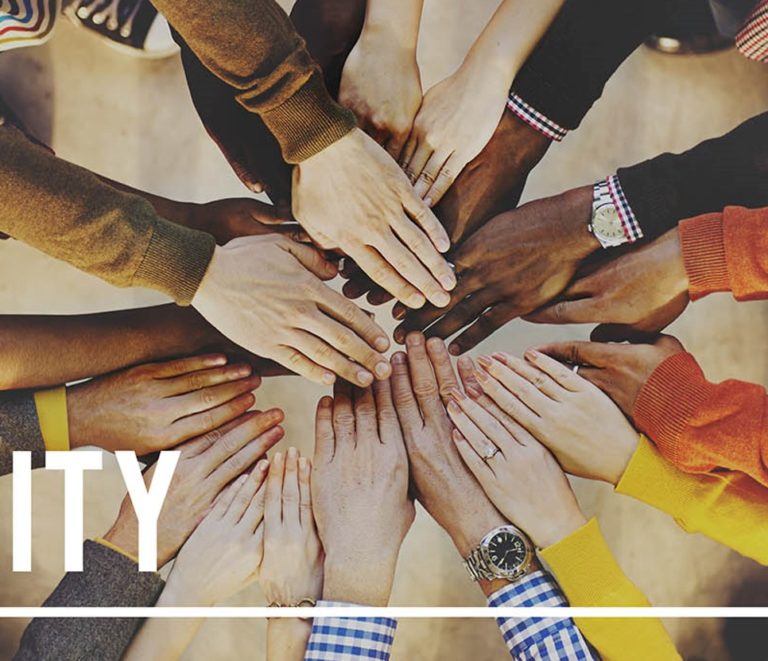 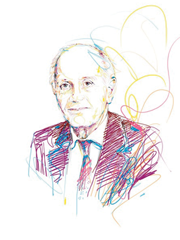